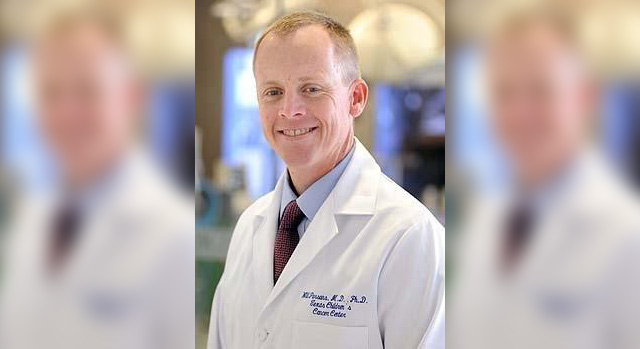 “Dr. Parsons is an accomplished and skilled researcher in cancer genomics and the use of ‘precision oncology’ approaches for the diagnosis and treatment of pediatric cancer patients,” Blaney said. “He is nationally and internationally recognized for his work in this area and is a true thought leader in the field. He is also a compassionate physician and a dedicated educator.”

Blaney said Parsons is highly collaborative and skilled at bringing together diverse multidisciplinary investigators to achieve a common goal: improving the care of childhood cancer patients through the application of genomics.

“Please join me in congratulating Will,” she said. “I am delighted that he has agreed to assume this new role within Texas Children’s Cancer and Hematology Centers.”

After graduating from Princeton University in 1992 with a degree in Chemistry, Parsons earned his Ph.D. in Pathology and his medical degree from The Ohio State University College of Medicine. He completed his pediatric residency at Johns Hopkins University and hematology-oncology and neuro-oncology fellowship training at Johns Hopkins and the National Cancer Institute.

In addition to conducting innovative translational research, Parsons and his team are making important contributions to the clinical care of childhood cancer patients. In 2016 he established the Precision Oncology Consultation Service at Texas Children’s Cancer Center, which provides recommendations on the use and interpretation of genomic testing for pediatric cancer patients nationwide. Parsons plays several leadership roles within the Children’s Oncology Group (COG), the world’s largest organization devoted exclusively to pediatric cancer research, including serving as the study chair for the NCI-COG Pediatric MATCH trial, the first nationwide trial of precision medicine for children with refractory and relapsed cancers.

Parsons mentors diverse trainees at Texas Children’s and Baylor College of Medicine (BCM) and was appointed in 2018 as Co-Director of the Pediatrician-Scientist Training and Development Program, a track of the BCM Pediatrics Residency Program that seeks to mentor future physician-scientists.

Parsons has published more than 60 scientific papers in peer-reviewed journals, including Science, Nature, the Journal of Clinical Oncology, the New England Journal of Medicine, JAMA Oncology, and Genome Medicine. He has been awarded numerous honors for his research, such as the Peter A. Steck Memorial Award for Brain Tumor Research (2009). Dr. Parsons is a Graham Cancer Research Scholar at Texas Children’s Cancer Center and has received funding from multiple sources to support his research program, including the Cancer Prevention and Research Institute of Texas (CPRIT), the National Human Genome Research Institute, and the National Cancer Institute. He serves on advisory boards of multiple pediatric cancer foundations, including the Alex’s Lemonade Stand Foundation.